The Editors of Give Me History
Add comment
Pin

Throughout history, symbols have served as a vehicle for humankind to better facilitate their understanding of the wilder world around them.

Each civilization, culture, and time period has brought with it its own symbols representing various concepts, ideologies, and natural phenomena.

Among these have been those symbols associated with positive human traits.

In this article, we’ve compiled together a list of the 18 most important symbols of kindness and compassion in history.

In Dharmic traditions, a mudra is a type of sacred hand gesture utilized in meditations or prayers and is meant to symbolize divine or spiritual manifestation.

Specifically in the context of Buddhism there are five mudras representing the chief aspects of Adi Buddha.

Of which one is the Varada Mudra. Usually made on the left hand, in this mudra, the arm is hung naturally to the side of the body with the palm facing forward, and the fingers extended.

It is meant to symbolize generosity and compassion as well as one’s complete devotion towards human salvation.  (1)

Probably among the most recognized symbol for love, affection, kindness, and compassion, the heart sign coveys in the metaphorical sense of the human heart being the center of emotion. (2)

Heart-shaped symbols have been utilized since ancient times and in a variety of different cultures, but their depictions were largely confined to representing types of foliage.

It wasn’t until the late Medieval Ages did the symbol began to take on its modern meaning, with probably the first instance of its use in this regard being in the French romance manuscript, Le Roman de la poire. (3)

The Om is considered a holy symbol in many dharmic traditions with it being associated with various spiritual or cosmological aspects such as the truth, divinity, knowledge, and the essence of ultimate reality.

Om incantations are often made before and during acts of worship, recitation of religious text, and in important ceremonies. (4) (5)

Particularly in the context of Tibetan Buddhism, it forms the first syllable of the most popular mantra – Om mani padme hum.

Adinkra symbols form a ubiquitous part of West African culture, with them displayed on clothing, artwork, and buildings.

Each individual adinkra symbol carries a deep meaning, often representing some abstract concept or an idea.

Roughly symbolized in the shape of a butterfly, the adinkra symbol for compassion is called Obaatan Awaamu (mother’s warm embrace).

Signifying the comfort, assurance, and relaxation one feels in the embrace of their loving mother, the symbol is said to be capable of instilling peace in the heart of a troubled soul and relieving them of some of their heavy burdens. (8)

More than merely just letters, to the Germanic people, the runes were a gift from Odin, and each carried with it deep lore and magical power.

Gebo/Gyfu (ᚷ) meaning ‘gift’ is a rune symbolizing generosity, the strengthening of relationships, and the balance between giving and receiving.

It also represents the connection between humans and the gods. (9)

According to lore, it may also represent the tie of kinship between kings and his followers and the link through which he could share his powers with them. (10)

In Chinese arts, among other features, what color a dragon is depicted in also signifies its main attributes.

For instance, the Azure dragon signifies the Eastern cardinal direction, the coming of spring, plant growth, healing, and harmony. (13)

In the past, Azure dragons have served as a symbol of the Chinese state and had been canonized as the “most compassionate kings.”  (14)

In Buddhism, the Parasol (chattra) is considered one of the Ashtamangala (auspicious signs) of Buddha.

Historically a symbol of royalty and protection, the Parasol represents both the status of Buddha as the “universal monarch” and him being shielded from suffering, temptation, hindrances, illnesses, and negative forces.

In addition, the dome of the Parasol signifies wisdom while its hanging skirts the various methods of compassion. (15)

Sea Life was of particular importance in Maori culture, with their society dependent on it for many of their food and utensils.

Among the Maori, dolphins were considered a revered animal. It was believed that the gods would take their forms to help sailors navigate through treacherous waters.

The Endless Knot is another auspicious sign of Buddha. It holds various meanings, serving as a symbolic representation of the Buddhist concept of samsara (endless cycles), the ultimate unity of everything, and the union of wisdom and compassion in enlightenment. (17)

The origin of the symbol actually far predates the religion, with it making an appearance as far back as 2500 BC in the Indus Valley Civilization. (18)

Some historians conjecture that the Endless Knot symbol may have evolved from an ancient Naga symbol with two stylized snakes. (19)

Ravens in Japan
Image by Shell brown from Pixabay

The raven makes a common appearance in the mythologies of several cultures.

Its reputation remains mixed, to some being seen as a symbol of ill omens, witchcraft and cunningness, while to others it’s a symbols of wisdom and protection as well as messengers of the divine.

In Japan, the raven takes on the expression of familial affection, considering that grown offspring will often help their parents with raising their newer hatchlings. (20)

In Abrahamic traditions, Zadkiel is the archangel of freedom, benevolence, and mercy.

Some texts claim him to be the angel sent down by God to prevent Abraham from sacrificing his son.

Because of this association, in iconography, he is typically shown holding a dagger or knife as his symbol. (21)

Scepter / Symbol of Clementia
Image by Bielan BNeres from Pixabay

In Roman mythology, Clementia is the goddess of clemency, compassion, and forgiveness.

She was defined as a celebrated virtue of Julius Caesar, who was known for his forbearance.

Not much else is known about her or her cult. In Roman iconography, she is typically depicted holding a scepter, which may have served as her official symbol.  (22)

Rising from the dark depths of murky waters and using its impurities as nourishment to grow, the lotus plant breaks the surface and reveals a magnificent flower.

This observation carries heavy symbolism in Buddhism, representing how one, through their own sufferings and negative experiences, grows spiritually and experiences enlightenment.

In Buddhist iconography, what color a lotus flower is represented in signifies which quality of Buddha is being stressed upon.

For instance, if a red lotus flower is shown, it refers to the qualities of love and compassion. (23)

In Norse mythology, Baldur was the son of Odin and his wife, Frigg. He was considered among the most beautiful, kindest, and most beloved of gods.

His main symbol was the Hringhorni, said to be the “greatest of all ships” ever built.

Baldur was invulnerable to almost everything as his mother had asked all creation to promise not to hurt him, except for the mistletoe, which she thought was too young to take the oath.

Loki, the God of Mischief, would exploit this weakness, approaching his brother Hodur to shoot an arrow at Baldur made from the mistletoe, which killed him instantly.

Upon his death, a great fire was made on the deck of Hringhorni, where he was laid to rest and cremated. (24) (25)

In Tantric traditions, Chakras are various focal points on the body through which the life-force energy flows through a person.

The Anahata (unbeaten) is the fourth primary chakra and is located near the heart.

It is believed that it is through the Anahata that a person is provided the ability to make decisions outside the realm of Karma – these being decisions made following one’s heart. (26) (27)

The distinct design of the Buddhist stupa features great symbolic value. From the base to the top-most part, each represents a part of Buddha’s body and his attributes.

The conical spire, for instance, represents his crown and the attribute of compassion. (28) (29)

In East Asian mythology, a white parrot is one of the faithful disciples of Guan Yin and, in iconography, is typically depicted hovering on the right side of her. (30)

Quan Yin is the Chinese version of Avalokiteśvara, an aspect of Buddha associated with compassion.

According to legend, Guan Yin was originally named Miaoshan and was a daughter of a cruel king that wanted her to marry a wealthy but uncaring man.

However, despite his best attempts at convincing her, Miaoshan continued to refuse the marriage.

Eventually, he allowed her to become a monk in a temple but intimidated the nuns there to give her the hardest tasks and treat her harshly in order to change her mind.

Still refusing to change her mind, the furious king orders his soldiers to go to the temple, kill the nuns, and retrieve Miaoshan. However, before they arrived, a spirit had already taken Miaoshan to a far-off place called Fragrant Mountain.

Time passed, and the king fell ill. Miaoshan, learning of this, out of compassion and kindness, donated one of her eyes and arm for the creation of the cure.

Unaware of the giver’s true identity, the king journeyed to the mountain to personally give his thanks. Upon seeing that it was his own daughter, he burst into tears and begged for forgiveness.

Just then, Miaoshan was transformed into the thousand-armed Guan Yin and solemnly departed.

The king and the rest of her family then built a stupa as a tribute at the site. (31)

Now more popularly associated with the Occult, tarot first appeared in the 15th century in Europe as a deck of cards used for playing various card games.

Featuring a woman stroking or sitting upon the lion, the upright strength tarot represents the taming of wild passion by the purity of the spirit and, by extension, such qualities as courage, persuasion, love, and compassion.

The symbol of the strength tarot consists of an eight-pointed star, created from arrows emanating from the central point, showcasing the all-round strength of will and character.  (32) (33)

Do you know of any other important symbols of kindness and compassion? Tell us in the comments below, and we’ll consider adding them to the list above.

Also, don’t forget to share this article with others if you found it to be a worthwhile read. 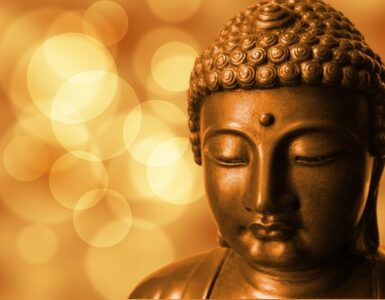 Buddhism originated in the 6th century BCE when Siddhartha Gautama started preaching on topics such as pain and suffering and enlightenment and rebirth. He used many images and illustrations to explain his teachings... 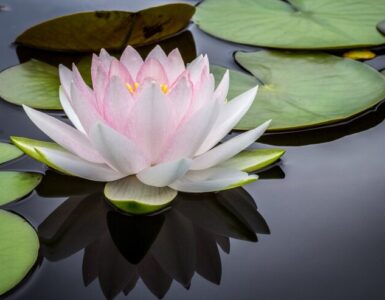 Through history, healing symbols have typically been created by a mix of Western and Eastern cultures and sometimes-even religions.  Some have been around for centuries and have even turned into trends that people... 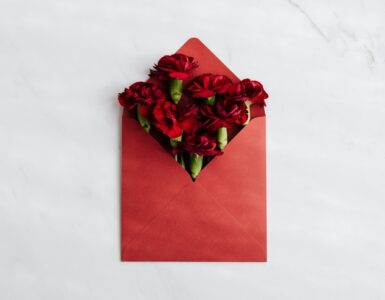 Love is represented by different symbols all around the world. Despite popular belief, love is not only represented by traditional hearts and roses.  In fact, different civilizations have used different elements to...

Top 23 Symbols of Friendship Throughout History