Senusret I was the second pharaoh in Egypt’s Twelfth Dynasty of the Middle Kingdom. He ruled Egypt from c. 1971 BC to 1926 BC and Egyptologists viewed him as this dynasty’s most powerful king.

He pursued his father Amenemhat I’s aggressive dynastic territorial expansion with expeditions against Nubia in the south and into Egypt’s western desert. Senusret was campaigning in Libya when news of his father’s assassination in a harem plot reached him and he rushed back to Memphis.

Facts About Senusret I

What’s In A Name?

Senusret I’s Horus name was Ankh-mesut. He was widely known by his prenomen Kheper-ka-re, or “the Ka of Re is created.” His birth name “Man of goddess Wosret” may have been in honour of his maternal grandfather.

Senusret I was the son of the pharaoh Amenemhat I and his chief wife queen Neferitatenen. He married his sister Neferu III and they had a son Amenemhat II and at least two princesses, Sebat and Itakayet. Neferusobek, Neferuptah and Nensed may also have been Senusret I’s daughters, although surviving documentary sources are unclear.

Preparation For His Royal Role 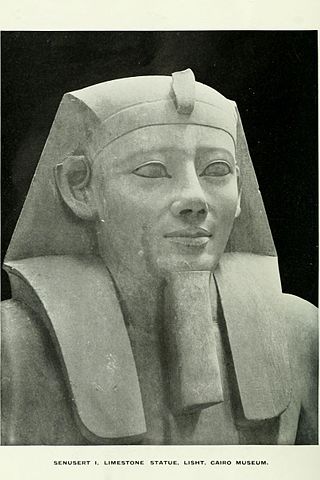 Egyptologists believe surviving inscriptions point to Amenemhat I appointing Senusret as his co-regent around ten years prior to his assassination. This was Egypt’s first instance of a co-regency appointment.

In his role as co-regent, Senusret led military campaigns and was immersed in the politics of the royal court. This prepared him for his eventual ascension to the throne and established him as the undisputed heir to Amenemhat I’s throne.

“The Story of Sinuhe” tells of the events leading up to Senusret I’s assumption of the throne. While leading a military campaign in Libya, Senusret was told of his father’s assassination as a result of a conspiracy within his harem.

Senusret rushed back to Memphis and claimed his place as the second pharaoh of the 12th Dynasty in the Middle Kingdom. As the pharaoh, Senusret adopted the same transitional processes his father had introduced by naming his son Amenemhet II as his co-regent.

The majority of Egyptologists place Senusret’s reign as either c. 1956 to 1911 BC or c. 1971-1928 BC. It is widely accepted that Senusret I ruled for around 44 years overall. He served as co-regent with his father for 10 years, ruled in his own right for 30 years then a further 3 to 4 years as co-regent with his son.

Records indicate Senusret I’s years on the throne were mostly prosperous and peaceful throughout Egypt, although there are suggestions of a possible famine occurring during his reign. Trade flourished at this time, providing Egyptians with ivory, cedar and other imports. Numerous artefacts fashioned from golden and precious gems dating back to the time of his rule suggest his reign was prosperous and wealthy.

One of the secrets to Senusret effective reign was his success in managing to balance the role and authority of Egypt’s regional governors or nomarchs with central control. His approach to political rule was to manage the country by establishing clear boundaries between the regions while continuing to exercise his ultimate authority over all of Egypt. This firm but enlightened reign conferred stability and prosperity to Egypt’s people.

Senusret I continued his father’s policy of aggressive expansion into northern Nubia by commissioning at least two military campaigns into this forbidding region somewhere in his 10th and 18th years on the throne. Senusret I established a military garrison on Egypt’s southern border and erected a victory stele to commemorate his achievements. This campaign formally established Egypt’s southern border near the second cataract on the Nile while positioning his garrison to enforce Egypt’s border protection.

Records similarly indicate Senusret I personally led several expeditions into the Libyan Desert during his rule with the intention of exerting military control over these strategic oases in order to protect Egypt’s rich Nile Delta region. While Senusret I was not shy in employing aggressive military force to achieve his strategic ambitions, the primary objective behind his military campaigns was to ensure Egypt’s borders were secure against potential invasion by hostile foreign states.

Offsetting his use of military force, Senusret I also established diplomatic relations with several city rulers in Canaan and Syria. 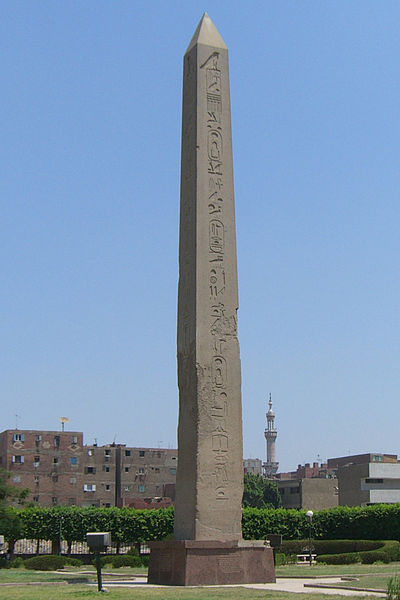 Senusret I initiated over three dozen construction projects throughout Egypt while serving as co-regent and after becoming pharaoh. The objective behind Senusret’s construction program was to spread his fame across Egypt and down through the generations.

He was the first of Egypt’s pharaoh to erect monuments at each of Egypt’s main religious cult sites. He built major temples at both Karnak and Heliopolis. Senusret I had red granite obelisks erected at the temple of Re-Atum at Heliopolis to celebrate his 30th year on Egypt’s throne. Today, one obelisk remains standing making it Egypt’s oldest obelisk.

At his death, Senusret I was interred in his pyramid at el-Lisht, 1.6 kilometres (one mile) south of his father’s pyramid. Senusret I’s complex housed nine pyramids for his wife and other relatives.

Senusret I proved to be an able ruler who adroitly used military power and the authority of his throne against both external and internal threats to ensure Egypt’s peace and prosperity for over 40 years.

Top 23 Symbols of Loyalty & their Meanings