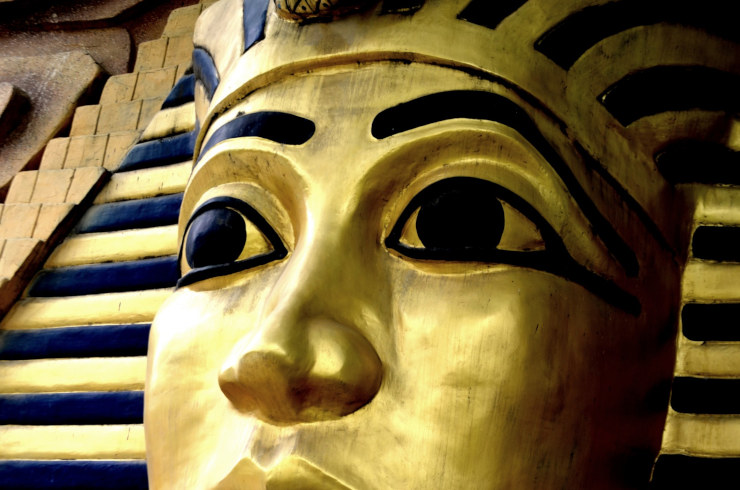 Ancient Egypt, the builders of the Great Pyramids, the Sphinx, and other marvels, has for a long time, been a source of fascination for the rest of the world.

Yet, surrounded by sands and the harshness of the desert, if it weren’t for the Nile, the region would probably rank among the least conduction for nurturing human settlement.

So significant has been the influence of the Nile on the development of Ancient Egyptian society, history, and institutions that it is impossible to genuinely understand it outside the context of the great river.

In this article, we will be looking at 9 ways the Nile shaped Ancient Egypt.

It would be impossible for any authority at the center to exert its influence, propagate its culture, and hold dominance over others if factors such as geography constrain its movement.

The river Nile facilitated state-building and centralization of the power in Ancient Egypt by serving as a means of rapid communications and transports.

The mass movement of goods, ideas, and people allowed the Ancient Egyptian society to form and retain a unified identity. (1)

With the incursion of outside groups or their influence limited due to the Sahara desert, the Egyptian civilization was able to last largely intact for nearly 30 centuries.  (2)

19th century painting of Sphinx of Giza, partly under sand, with two pyramids in the background.
David Roberts / Public domain

The river Nile played a central role in the formation and evolution of the religion of Ancient Egypt.

As in other ancient cultures, religion was used to explain natural phenomena, particularly the flooding of the Nile and the practice of agriculture.

Many of the gods of the Ancient Egyptian pantheon were associated with the river such as the Hapi, the ‘Father of Life’; Ma’at, the goddess of truth, justice and harmony; and Khumn, the god of rebirth and creation. (3)

Many religious activities were centered around the annual flooding of the Nile, intending on keeping the gods happy so they could bless the lands with the fertility and bounty of the river. (4)

Outside of Mesopotamia, Ancient Egypt was among the first regions to experience the formation of urban settlements and complex societies.

Many of its important cities, such as Memphis, Thebes, and Sais, were founded earlier than the 3200 BC.

For comparison, the first civilization in Europe, Myceneans, the precursors to the Ancient Greeks, wouldn’t emerge until the next 15 centuries or so. (5)

The key to the emergence of complex urban societies is a good environment and a strong social organization. (6)

A good environment includes read access to clean water and favorable conditions for agriculture to create a food surplus.

Such conditions enabled members of an ancient society to invest more time in activities beyond just their basic survival, such as religion, trade, and crafting.

A strong social organization is also needed to allow people to work together and perform different roles within a complex hierarchy.

For the Ancient Egyptians, the river Nile facilitated them in both.

Its annual flooding left the soil highly fertile around its banks to grow crops in.

And as already pointed out earlier, the ease of movement and contact allowed for a creation of a more cohesive and unified Egyptian society.

In much of the ancient world, media such as stone, potsherds, and clay were primarily used for writing and record keeping.

That is until the invention of papyrus in Ancient Egypt, which made documentation easier and cheaper to store, access, and transport.

The increase in the number of written works led to profound changes in Ancient Egyptian, further raising it in complexity and giving rise to an intellectual class of scribes. (7)

Papyrus was sourced from the Papyrus reed, an aquatic flowing plant originally native to the Nile delta, where it is now mostly extinct.

While the annual flooding of the Nile was relatively predictable and calm, it wasn’t always perfect.

In some years, high floodwaters could destroy farms and settlements while on others, too little flooding could lead to a famine.

To make the best use of the river’s water throughout the year, the ancient Egyptians developed and made use of many water management practices.

One of the most common was the practice of basin irrigation.

A criss cross gird of earthen walls was established around the farm fields.

When the Nile flooded, water would enter these basins.

The water would remain in these basins after the river receded, allowing the Ancient Egyptians to keep their crops fully watered for far longer. (8)

Unsurprisingly for a civilization centered around the Nile, many of its recreational and sporting activities also related to the river.

Fishing was a favorite pastime for many Egyptians, both elites and commoners alike.

In fact, the Egyptians could well be described as the pioneers of fishing, being first to introduce the practice to the world. (9)

In addition to that, swimming was also a common activity, with many Ancient Egyptians making use of the river to practice it.

However, for the rich and wealthy, they could practice the art in their own private swimming pools in their palaces. (10)

Perhaps the most widely known and distinct aspect of ancient Egyptian society was the practice of building pyramids to serve as tombs for their pharaohs.

However, their construction would not have been possible without the presence of the river Nile.

With the kingdom surrounded by harsh arid deserts on the East and West, the river served as a sort of its ‘national highway.’

Massive stones from quarries would be pulled and floated on boats to be shipped hundreds of miles towards the pyramid building site. (11)

Once off-loaded, water from the Nile would be used to wet the sand to allow workers to easily drag the stone to their intended location. (12)

8. The Institution of Pharaoh

A pharaoh meant more than just a king; such a person was also a divine intermediary between the gods. (13)

They were responsible for maintaining the virtues of Ma’at (cosmic order, balance, and justice), including defending Egypt from foreign and internal threats, human or otherwise.

But such an institution would not likely emerge without the influence of the Nile.

Without the Nile, many of the key events that gave rise to the Pharaohs would not have happened.

It was the Nile that shaped the Egyptian religion, gave rise to its social stratification, and paved the unification of the Upper and Lower Egypt. (14)

Egyptian Fresco / Pond in a garden. Fragment from the Tomb of Nebamun.
British Museum / Public domain

The ancient Egyptians were particularly fond of gardening.

Temples, palaces, tombs, and even private residences kept their own gardens.

Some of these gardens were truly grand, laid out in geometric patterns featuring massive ponds, rows of trees, and decorated walls and columns.

This practice, of course, would not have been possible without a year-round easily accessible water source – the river Nile. (15)

In what other ways do you think the river Nile helped shape Ancient Egypt? Enter the discussion in the comments below.

Don’t forget to share this article with others who you think also enjoy reading on Egyptian history.